Of course, it helps that Phelps is one of the greatest athletes alive.
The calories are simply burned off by a life spent swimming, whereas most of the rest of us are stuck in cubicles, our main workout consisting of tapping away in front of a computer. I wonder how many of his egg sandwiches, whole pizzas or vats of pasta could be burned off by rhythmically moving one’s fingers up and down on a keyboard? Not many, I suspect.
Non-Olympians can sample aspects of the Phelps diet without the tedious fitness regime that goes with it – and regularly, we do. America offers a plethora of places for us ordinary folk to try and replicate Phelps’ regular feats of endurance eating.

Hell, most of them have some form of prize involved, so we can even feel we are being competitive. There is Eagle’s Deli in Boston which serves a Challenge Burger of 5lbs of beef, 20 slices of cheese, 20 slices of bacon and 5lbs of fries. Or the Seiad Valley Store and Cafe in California which serves up a 5lb platter of pancakes. Or Pointer’s Pizza in St. Louis, which has the 28-inch Pointersaurus Pizza. Any team of two eaters who consumes it less than an hour wins $500. Or the Big Texan in Amarillo, Texas, which gives away a 72oz steak to anyone who can actually eat the thing in 60 minutes or less. So far, 40,000 people have tried. Amazingly, 7,000 have succeeded. You can probably bet that few of the winners had the Olympics in mind.
On Serious Eats, folk are discussing how best one can ingest the mind boggling amounts of calories some athletes demand, and, brilliantly, they’ve found this video of him cramming food in at his local restaurants, complete with happy restaurateurs (no wonder). Phelps says he’s got to load the calories on, but you’ve got to wonder, what does this kind of diet mean for his long term health? 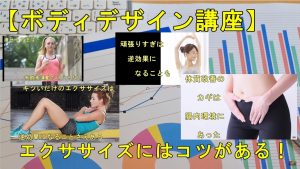